There is no moment happier than playing with your baby. Suhana was dreaming to have a family. She was 25 when she was married to Sohail, a shopkeeper raised and brought up in a joint family. Despite of trying for two years, the couple failed to conceive naturally. As living in the city, the couple seeks advice of their local gynecologist. The local gynecologist examined them and suggested few tests in order to diagnose the problem.

The gynecologist suggested tests like semen analysis, ovulation testing, hysterosalpingography and ovarian reserve testing. Soon, the results of the test were arrived and one thing was clear that the couple might not have children in future due to Suhana’s blocked fallopian tubes. As per the advice of gynecologist, they have scheduled a meeting with the fertility expert. 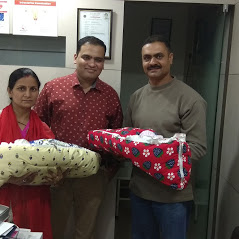 The couple met with the fertility expert who had suggested them the tube reversal process. Tube reversal process includes the cutting, bending and fixing the blocked and damaged fallopian tubes. It is an invasive process and needs strict medical attention. The doctor suggested that this might help Suhana to conceive naturally.

After few days, the fertility expert had scheduled their operation in which the fallopian tubes will be reversed and fixed in order to get the natural flow of the ovaries. It took 4 hours to complete the surgery. But things didn’t go as planned. Suhana who was running low on blood pressure needed to stop the operation. The doctor was also horrified with the incident and then Suhana had lost all the hope to become a mother.

Despite of being disappointed and sad, Suhana didn’t want to live a lonely life. She wanted have children. Soon she convinced her husband to search for another fertility clinic which might help the infertile couple to have baby.

With lots of efforts and struggles, her husband managed to find out few IVF clinics in India which offer high success rate of their IVF treatment. One such clinic is WellSpring IVF & Women’s Hospital. Fortunately, it was in the same city where they were living. They didn’t waste a minute and scheduled an appointment with the fertility expert as well as director of the hospital Dr. Pranay Shah.

In the meeting with Dr. Pranay Shah, the couple shared the recent experience with the previous fertility expert and also shared their failed tube reversal procedure. Dr. Shah, after consoling them, suggested to try out the IVF treatment. He explained the entire process of IVF to the couple and wanted them to be corporative till the entire process.

Is IVF successful With Blocked Tubes?

The blocked fallopian tubes caused lower abdominal pain and unusual vaginal discharge. This is when your fallopian tube is blocked and filled with a clear watery fluid. The inflammatory fluid may leak into the uterine cavity which then prevents the natural implantation of the embryo in the uterus.

If one or both the fallopian tubes are blocked, then the sperm cannot reach the eggs. This means that the entire process of fertilization cannot happen and pregnancy cannot be achieved naturally. If one of the tubes is blocked, the specialists may suggest medication which encourages more frequent ovulation on the side of the unblocked tube. Although the blocked fallopian tubes can make it difficult to achieve pregnancy and they are relatively easy to diagnose for a fertility expert.

After the detailed investigation and explanation about the successful IVF in woman who have blocked fallopian tubes, Suhana and Sohail agreed to select the path of IVF for starting their family. Dr. Shah had explained them that they might need an additional service of egg donors as the eggs cannot be retrieved through her because of her blocked tubes.

The egg retrieval process was planned and everything was happened as desired by grace of god. The ovarian follicles were collected and sent to the laboratory for extracting the healthy eggs. It was to her surprise that she has provided more than ten healthy eggs. Then on the same day, the semen was provided by her husband and sent to lab for inducing the process of fertilization.

After a week, Suhana was contacted with the embryologist at the WellSpring IVF & Women’s Hospital. She was told that five out of the ten eggs were successfully fertilized, but only two had made it to blastocyst culture. She was happy but still sad as it was her only chance of getting pregnancy.

Then the last stage of her IVF treatment was planned and she was scheduled for embryo transfer. Her embryos were transferred successfully and after two weeks, her pregnancy test came positive. It was not a miracle, but man’s achievement of practicing latest assisted reproductive techniques had transformed her hope into a reality.

Suhana successfully delivered two boys at the end of March 2018. Her happiness was an attribution to the entire team of WellSpring IVF & Women’s Hospital which had transformed a woman into a happy and health mother. Her happiness is not only the part of the latest techniques and advancement in fertility treatment, but it goes to the hard work, research and successful treatment offered by the WellSpring IVF & Women’s Hospital. 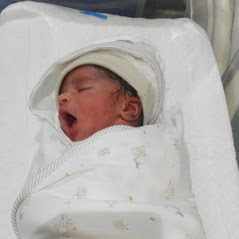 Jeetu’s Struggles Towards Parenthood with Surrogacy 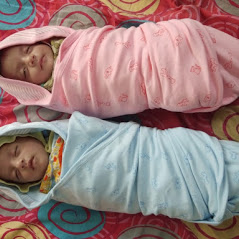 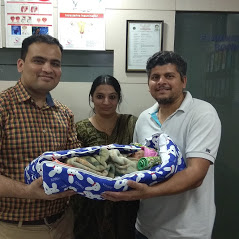 Success Story of Couple Over Infertility Through IVF 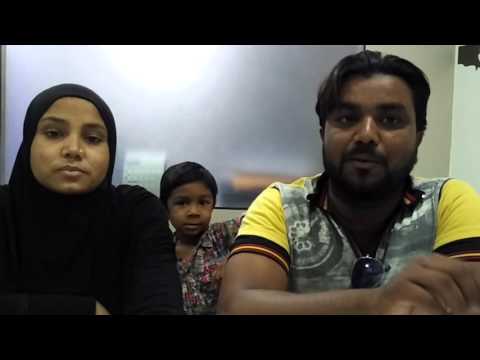 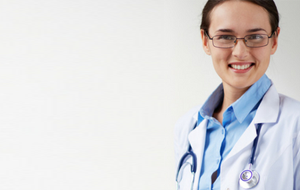